Don’t Be a Dinosaur is a youth outreach campaign for Toronto’s Community Resilience to Extreme Weather (CREW), which engages younger kids through interactive activities. Using approachable and informative communication, the initiative aims to promote household readiness for extreme weather to children and their families. 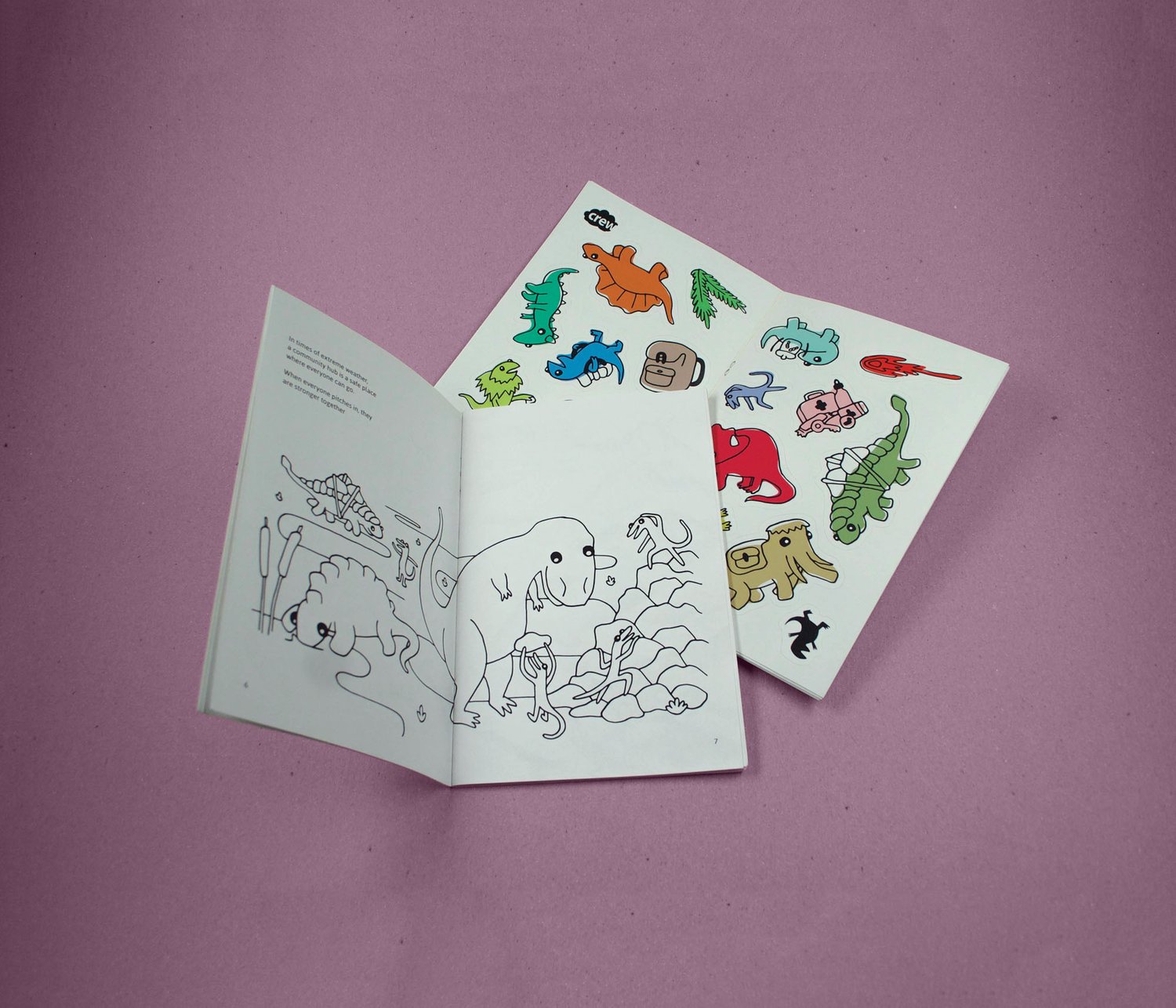 CREW is a non-profit organization founded in response to the growing concern of extreme weather after the 2013 Toronto ice storm. Implemented at a grassroots level, this organization aims to spread its message and purvey information about their cause through the promotion of community engagement.

In researching and empathizing with the client, one of the core ideas discovered was that members of a community all have a role to play. As such, it is through strengthening the existing family and community ties, that people can work together to prepare for extreme weather.

“When disaster strikes, the first responders are not trained emergency personnel but rather residents and neighbours” — Perrow, Charles. (2007). The Next Catastrophe

Though information is out there on how to make a Go Bag and a 72 hour kit, not many Canadians are prepared for extreme weather events or know what to do.

With this in mind, a campaign needed to be devised which engages a specific demographic with the capacity to spread information throughout a community. Focusing on how to communicate the message clearly and effect real action, Don’t Be a Dinosaur is a lighthearted campaign that addresses the importance of preparedness to kids in order to extend to their parents, greater family, and neighbours.

Don’t Be a Dinosaur seeks to capture children’s inherent sense of concern for the well being of people and empower them to help those around them to become prepared. Through the lens of dinosaurs, which playfully humanize the ideas of massive floods, earthquakes, power outages, and snow storms, the campaign is able to focus on what can be done while alluding to the seriousness of the consequences of being unprepared.

Though centred on Toronto, Don’t Be a Dinosaur has the ability to scale to a national campaign. In order to embody Canada’s shared preparedness, information has been made available in both French and English. This representation can be found in all forms of communication digital and print. 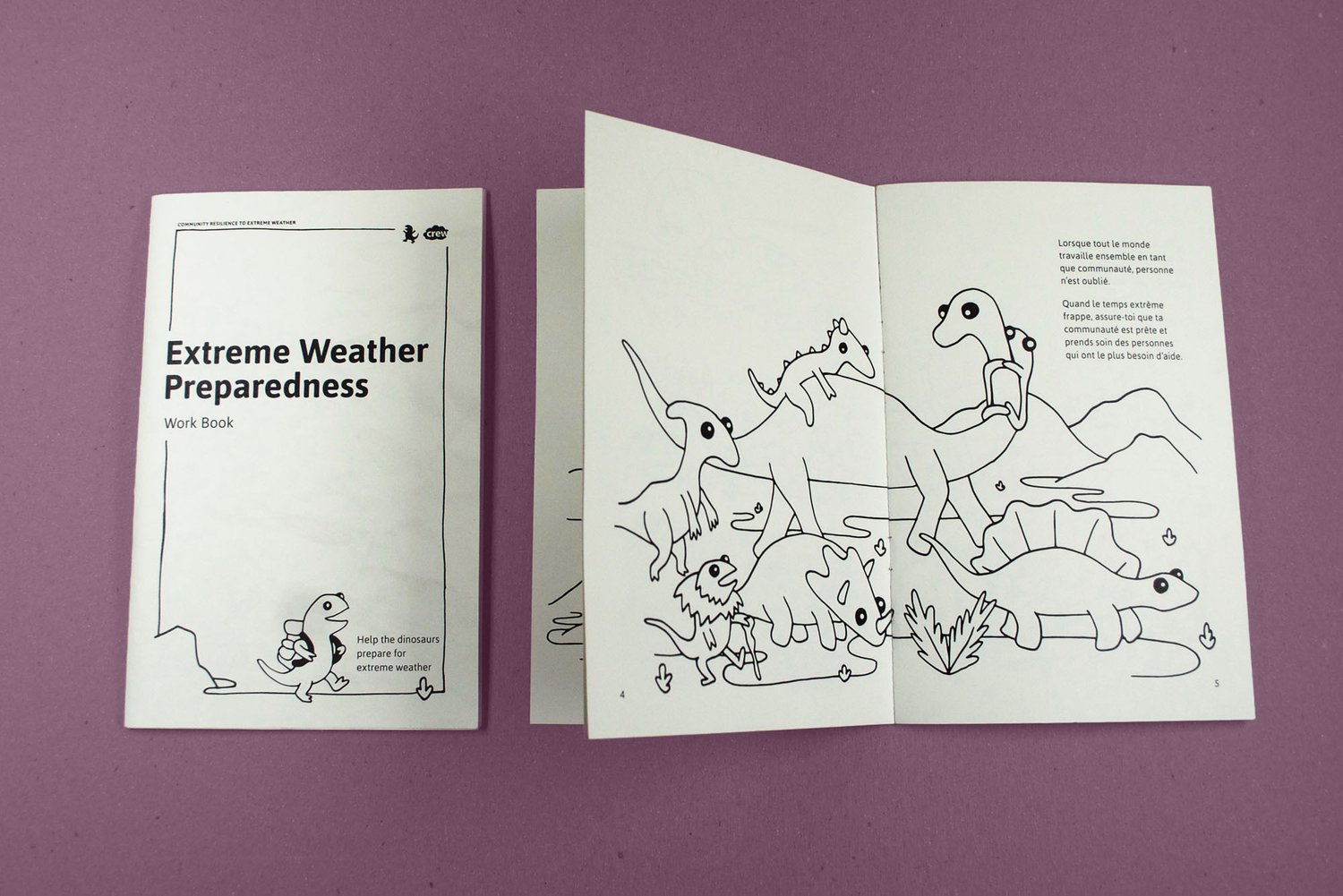 Capturing the Essence of a Colouring Book

Developing the aesthetic for the campaign proved challenging. With the concept of a colouring book, it was important to capture a style which was child-like but not childish. After many revisions and feedback, the finial elements of crumpled paper and vectoring just outside the lines proved an accessible and versatile expression of the campaign.