To prepare independent York University students who are away from their families on extreme weather procedures, I have devised an advertising campaign that utilizes the university’s existing resources to effectively bring the community together in times of weather emergencies.

Due to global warming and climate change, extreme weather in Toronto and other cities is now a reality. In Toronto, extreme weather has been witnessed through recent disasters such as the ice storm of 2013, gradually increasing temperatures, and heavy rainfall. Extreme weather is already affecting communities locally and globally—therefore, it is imperative that individuals, organizations, and the government are educated on the matter, and that they know the importance of community resilience.

Working with CREW (Community Resilience to Extreme Weather), the goal of this project is to ultimately generate discussion about extreme weather preparedness and community resilience within the York U community. With an audience of mainly young adults, targeting them on social media would be the most effective way to grab their attention.

The campaign will make use of existing university resources and means of communication to effectively bring the community together. Through these means the campaign will be able to promote community resilience and trust, self-sufficiency, as well as educate the target audience on the issues.

In my sketching process, the use of the “U” as the main symbol for the campaign emerged. Not only does the “U” represent the word “Unity”—which is the main goal of this campaign—it also ties in with York University’s existing university branding. Thus, through my usage of the symbol “U”, I’ve created a campaign that’s specific to the target audience and message.

The process was a series of back-and-forth between me, the client (CREW), and my class. Once the brand was finalized, I then implemented it across different media.

One of the deliverables was a postcard. CREW uses these cards as another form of advertising for their cause. The postcard I designed not only serves as advertising, but it also serves as a checklist for the community to use when preparing their emergency kits. 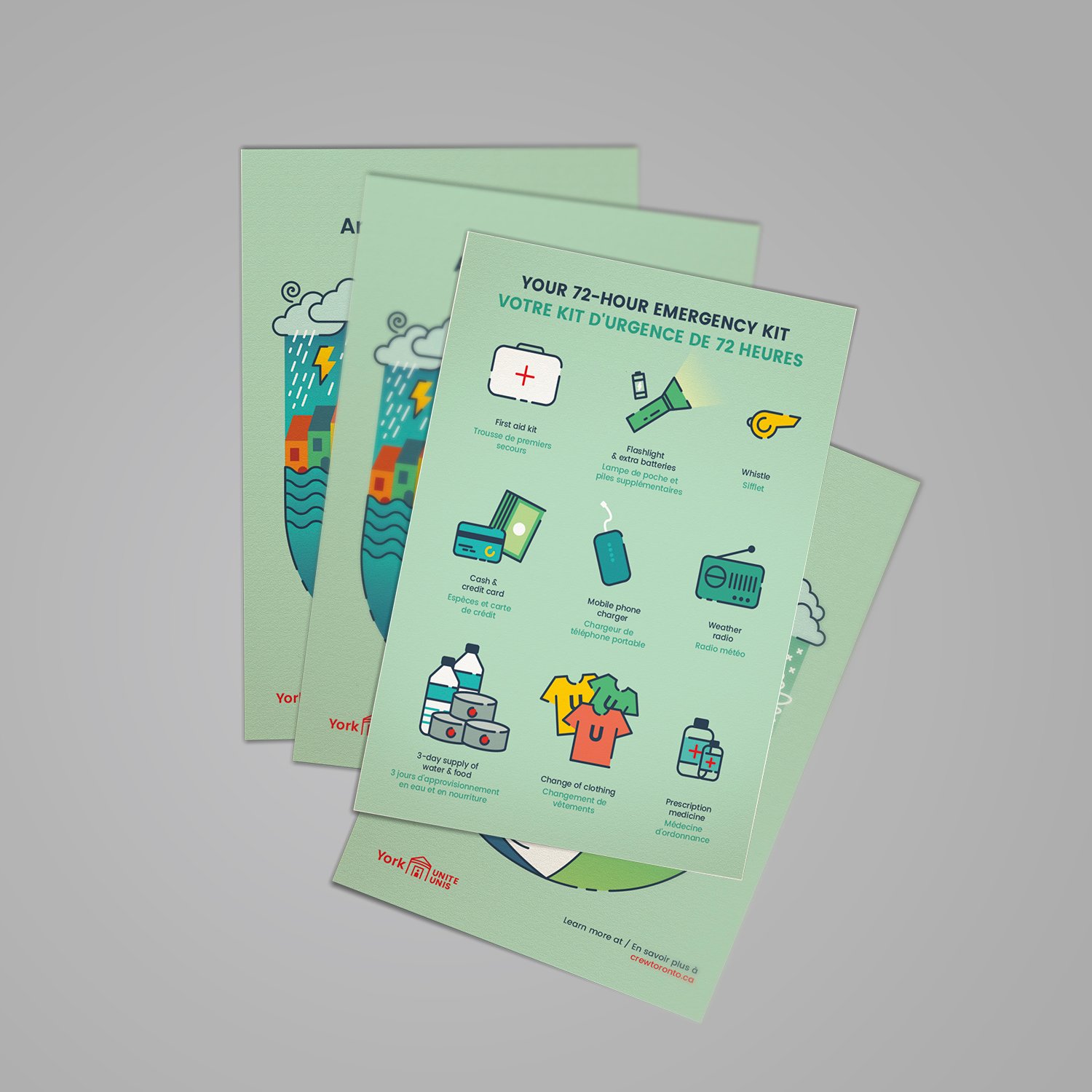 The main medium for delivering content will be social media. Thus, I adapted the brand to different digital ads and banners that could be used by the university as digital advertising. 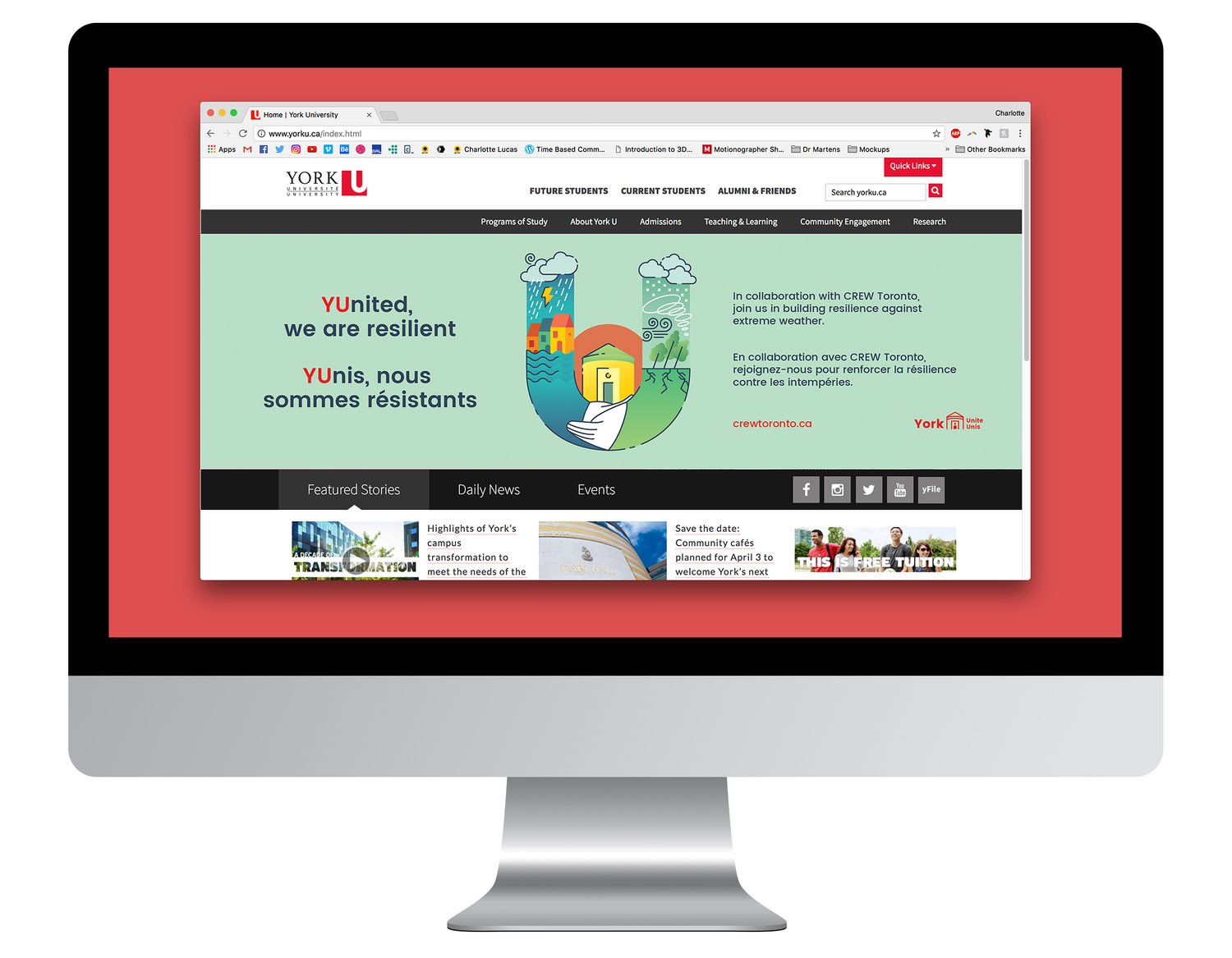 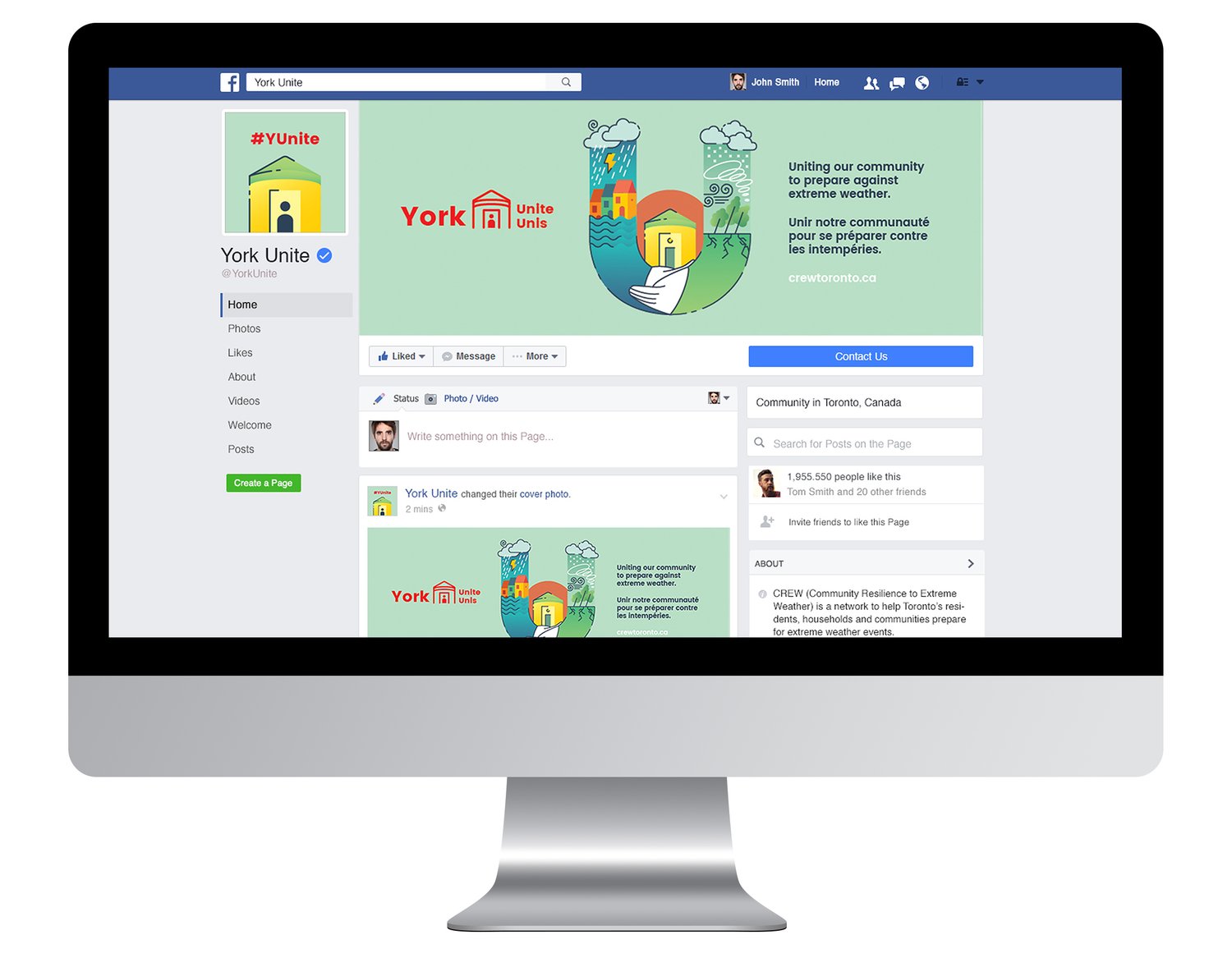 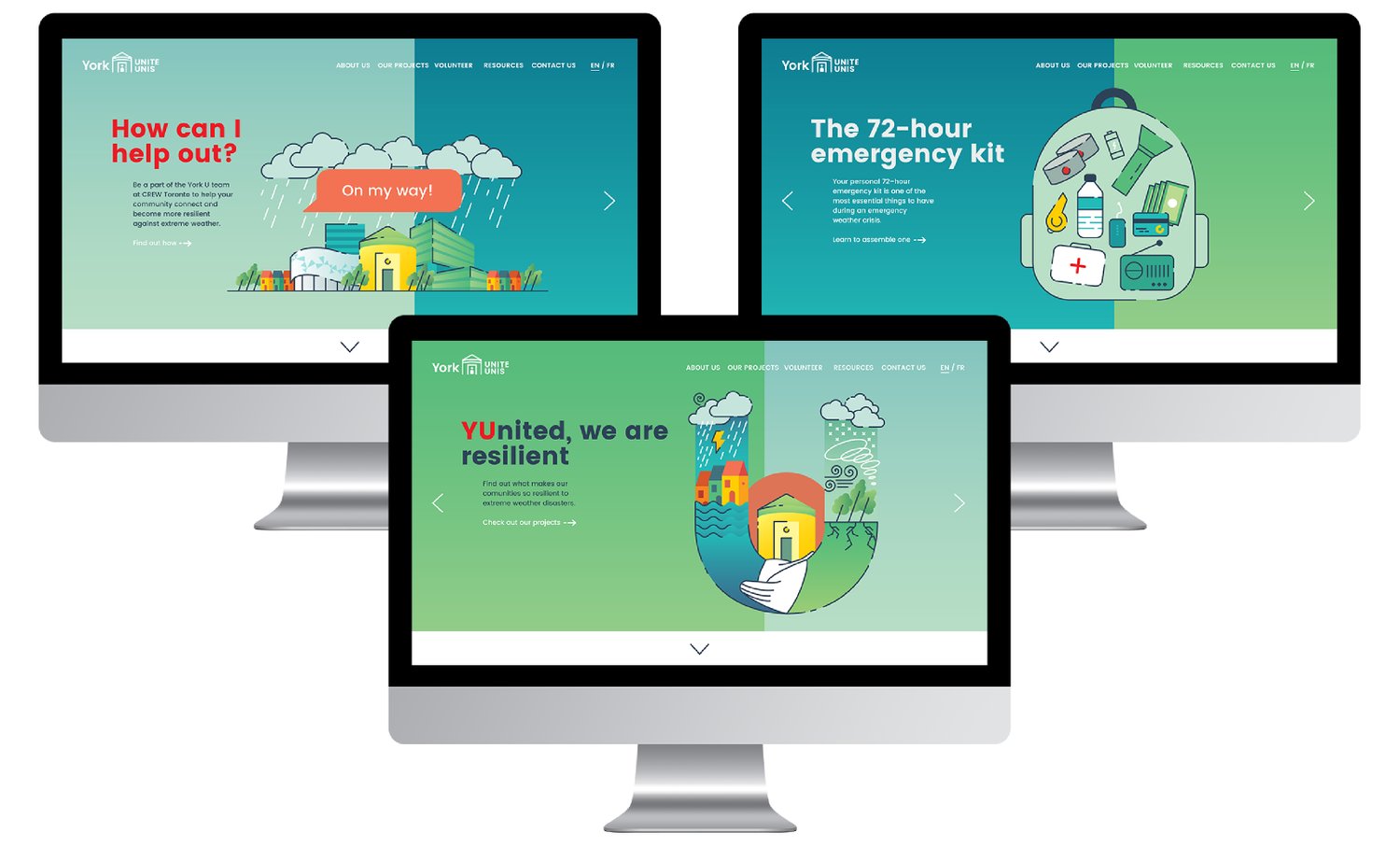 Lastly, I created a campaign video that is not only shareable, but it can also be broadcasted across the school’s existing television screens.

The client particularly liked how this campaign can be implemented right away and at a low cost, since it utilizes already-existing resources.

This project taught me how design can be used as a tool to build community. The project is united through a consistent and impactful visual brand that will stand out amongst current advertising in the university. Moreover, the strategy in place makes sure that the message is received by its intended audience. Overall, I believe the project can be successful in its goal of generating discussion on extreme weather preparedness within the community.