ORA is a multi-dimensional music project by Rosy Glow. The project consists of a 4-song EP with an accommodating web application that allows users to remix different musical components of the album within their browser. The concept behind the project was to blur the lines between the user and the artist and generate an interface where anyone can experience the process of producing music.

The album came together throughout the span of my 4th year, recording music under my moniker Rosy Glow. The art direction for the album was based around the themes of nostalgia while representing the mergence of organic and electronic sonic qualities used throughout the music production. Using these themes, I worked on balancing rigid form with natural photography taken by my father in the 1980s as a way of visually bringing all of these concepts together. 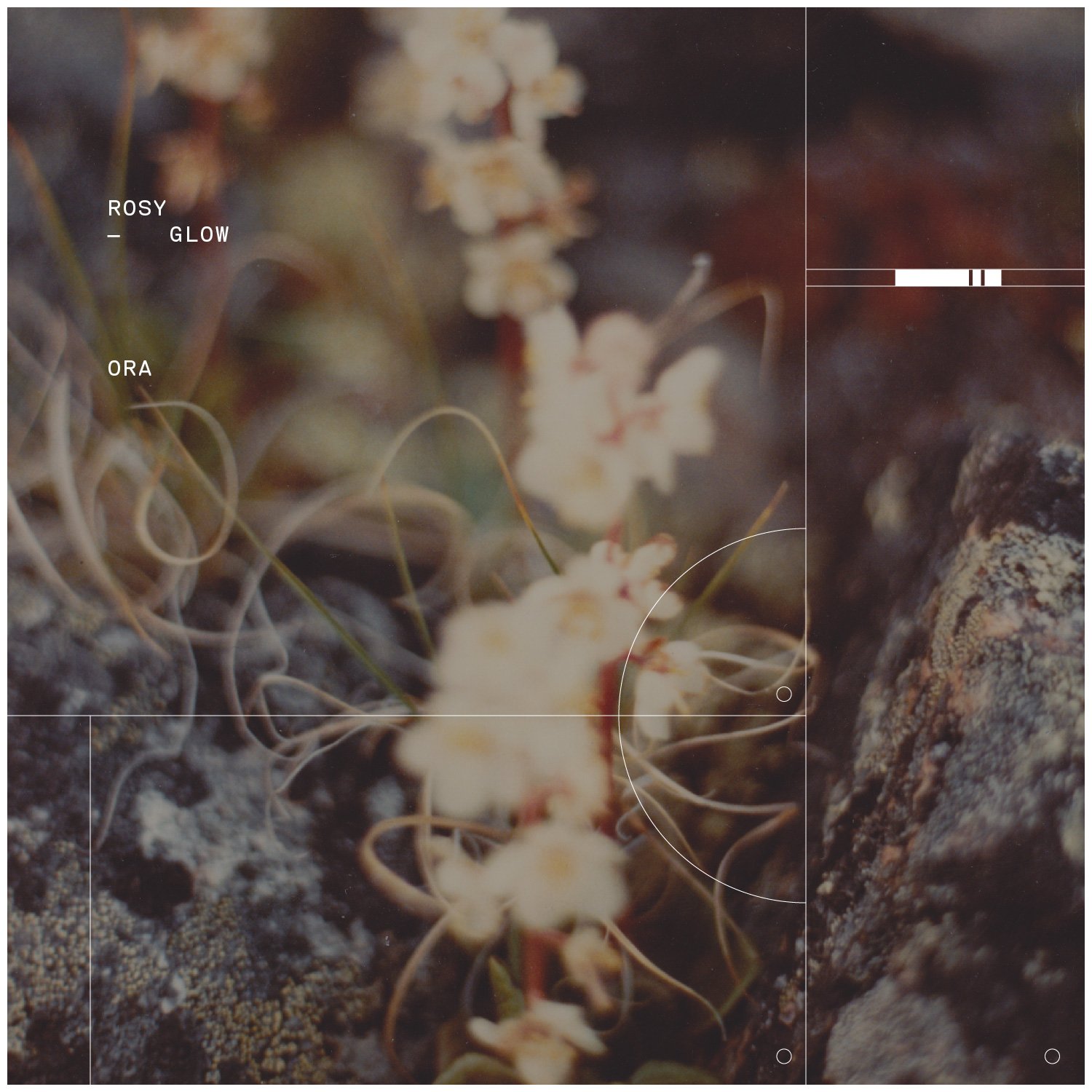 The use of the intersecting grid lines symbolize a concept of intersectionality found both in the sonic and thematic qualities of the album. This concept was also consciously developed with the intention of designing an interactive interface which could allude to the art direction of the album.

As a way of solidifying my concept, I designed a series of artwork variations for each song on the record. 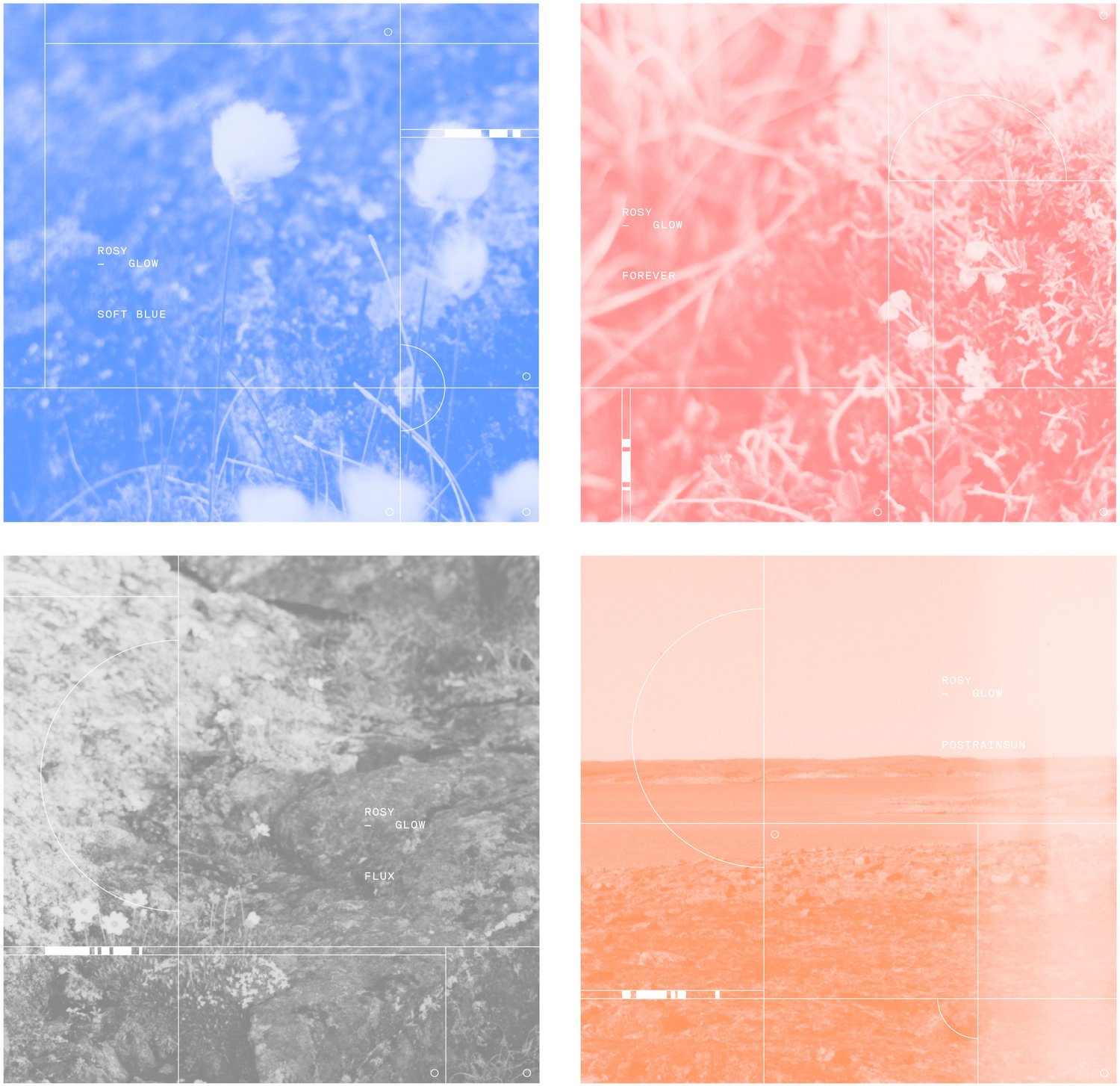 Using the art direction of the album, I designed a web-based app that allowed users to easily interact with a series of modules which over time would create their own remixes of the album.

The goal with the interface was to balance usability with abstracted interactions. I wanted users with any sort of background to be able to actively take part in the music making process within just a few clicks of the mouse. Ultimately, I wanted to give users a playground where no matter what they did, it would sound sonically pleasing. 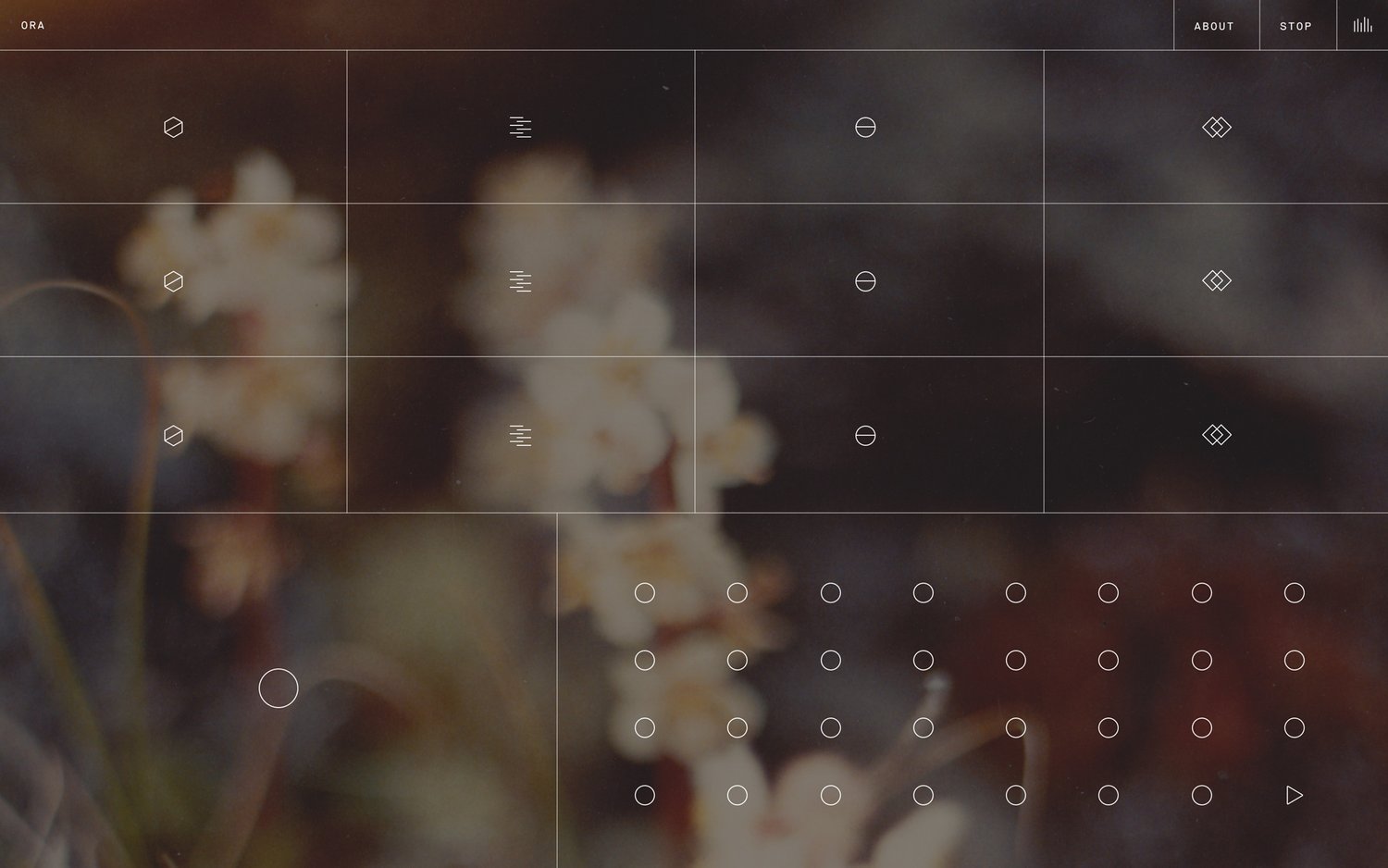 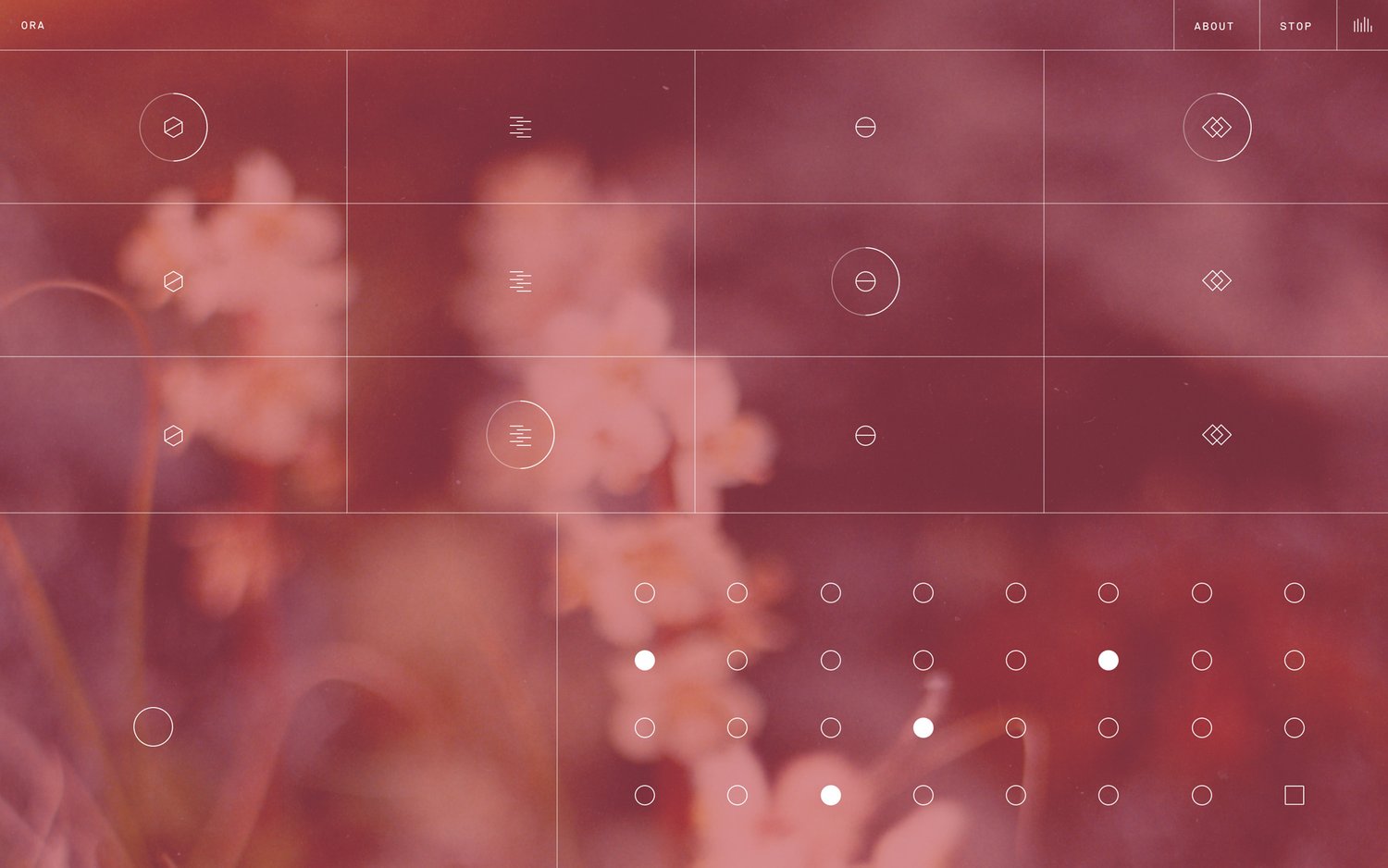 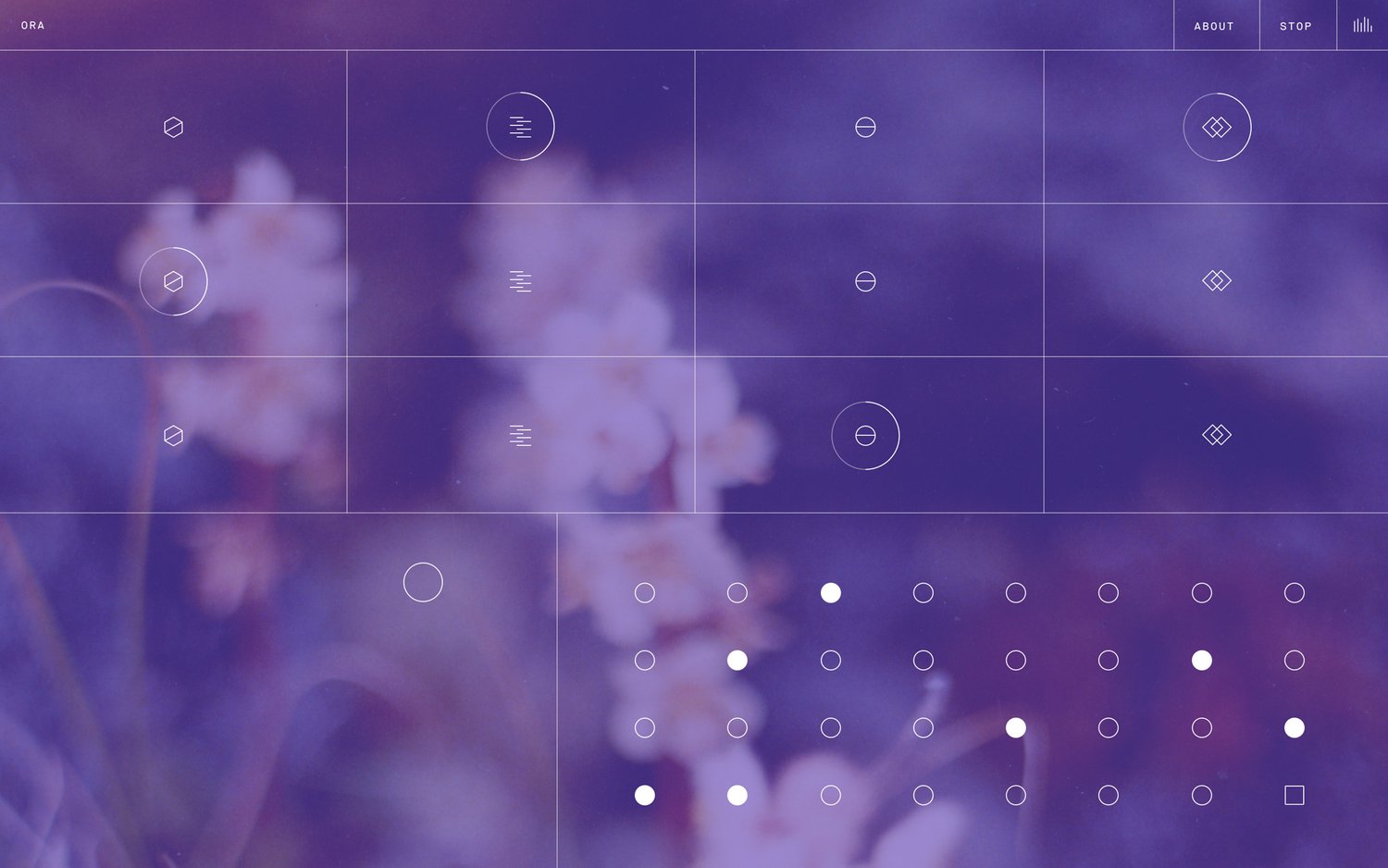 ORA is currently in the development and mixing/mastering process and is set for a public release in May, 2018.